Nochi Nagar is our model slum board colony of total 640 households where we worked relentlessly for almost a year to make 250 families source segregate and divert 5 tonne waste every month from landfill to compost, recycling and plastic roads.

By the end of 2016 we had most of the self sustaining system in place at Nochi nagar to allow composting and recycling of all the waste generated without requiring any more of handholding except for the monthly salary payment to the workers for which too funding partner is being organized. We also had to help them sell off the compost.

But at Nochi nagar we were left with two tasks to wrap up:

These two pending “Green” tasks is where the role of hoards of CTC volunteers eager to do their might during the trek polama months came in. We had many sessions of composting and segregation supported by dozens of volunteers. We believe that apart from contributing their precious time and labour the volunteers also went away with lots of know-how on community composting and recycling - how easy and effective it is in managing waste. A detailed write-up on all the zero kuppai know hows follow.

Since Nochi Nagar is a low income place there is hardly any for profit vendor who would go through the further segregation of dry waste to take what he wants. So we need to sort the dry waste further into the following five categories for safe disposal. 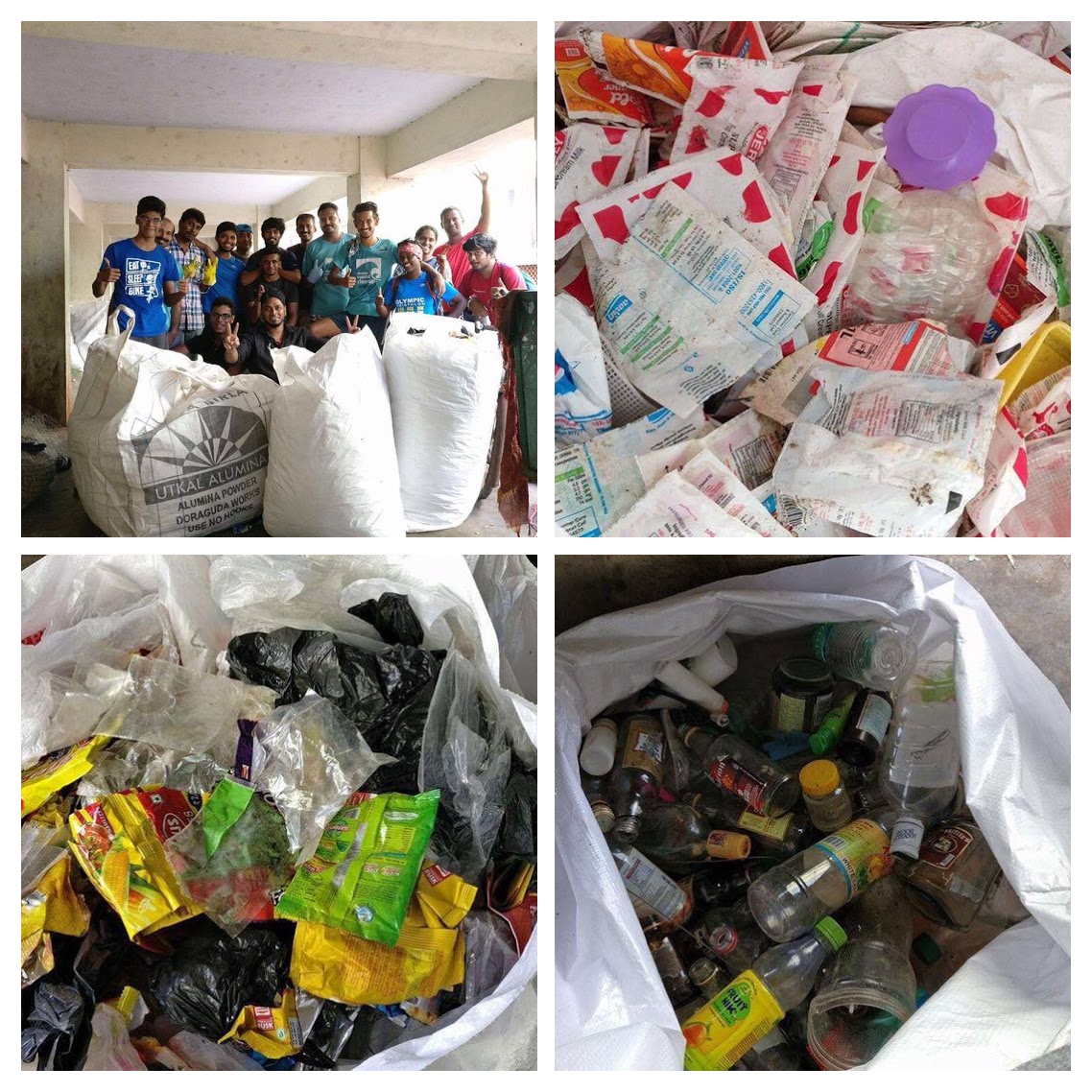 Fortunately or unfortunately most of Nochi Nagar waste is not easily recyclable. That would not be the case for a middle or upper income community. So recyclers would gladly take all you have and pay you something. But will they dispose not easily recyclable stuff properly is a big question mark. So we need to ask them to take just the regular easy recyclables and take care of the rest yourself or through corporation support.

Two large cement tanks with perforations to allow oxygen supply (with optionally a drain to collect leachate which itself is a valuable soil additive), enough to store a month of wet waste is all that is needed for a community to compost. Entire wet waste of 250 families weighing 120 kgs per day or 3.6 tonnes a month required just 100 square feet of space for the twin cement tanks.

Those are just the steps involved in community composting and recycling. Pretty straightforward, isn’t it?

Excitingly it was the same Nochi black gold that we kept in Trek Polama 8 stalls for participants to buy!! This compost was tested to be very effective in growing greens and other plants and we could sell all we had at the stalls.

Each of us can effect these waste management techniques in our own community to make them all zero kuppai. Remember the 5 tonne target we have set ourselves?? Lets got for it. Just the Srinivasapuram community which is were are currently working, with 4000 households provide for half the target and help save Adyar poonga backwater area for good, so join us there. Where there is no space, even a rooftop would suffice. My apartment of 15 households is composting in two large blue bins in a neighbour’s rooftop 😉 for instance.