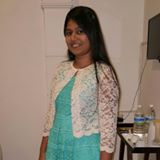 Night walk with a bear chasing
After seeing the mail from organizer (Arun), stating that i have been selected for this camping with emperor team. There it started, so excited to meet all new people and go along with them. Excitement did not end up there… SEP 26, 2015
Excitement did not let me sleep… Finally we all reached the meeting point. 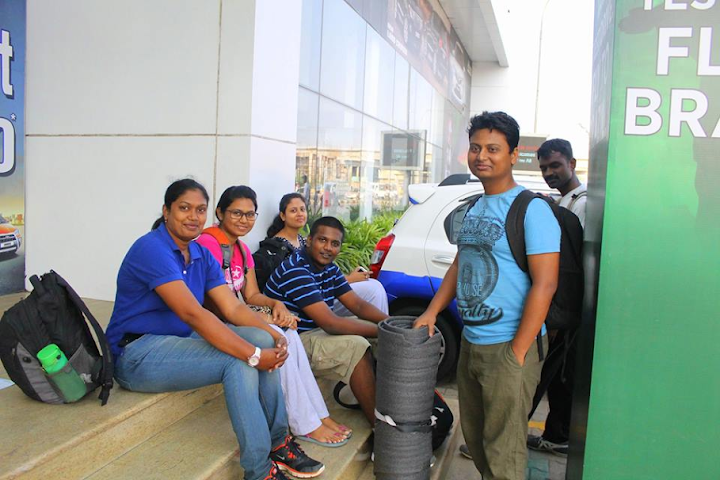 We all introduced our self.. 1st person i saw was Naga. He was narrating his previous trekking story to people around him. (That was interesting indeed). Later, we all boarded in the van and started. Initially it was a quite and kind of boring (1 person was reading book, few people were talking among themselves. it went on that way for some few hours).
Finally we all reached the camping site. That was interesting all good new experience. With the help of all sporty people we completed our tenting work. 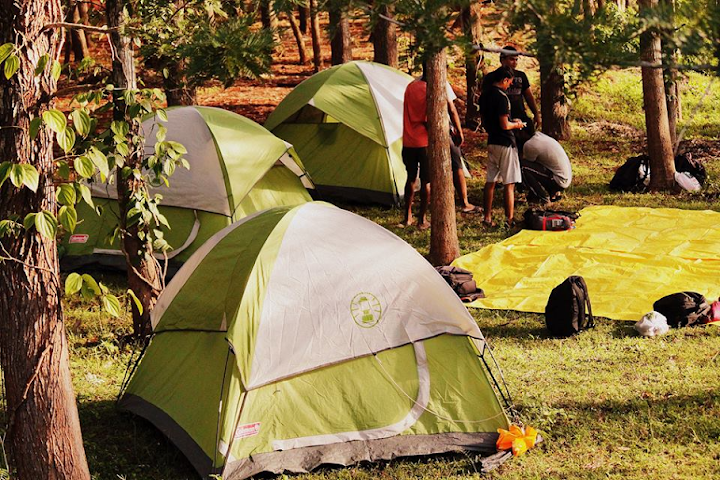 Now, it’s all set.. What about our dinner. Yes, we prepared our dinner with the help of our great chefs. We had 3 different teams Biriyani team headed by kavitha and Vijay. Mushroom curry (Finally we ended up with vegetable curry ;)) team by Saba. BBQ team by Arun. 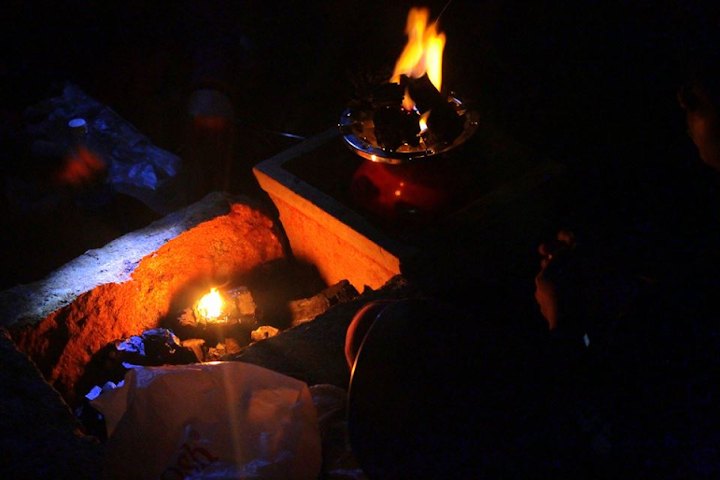 Now….. NIGHT WALK. Best part of the camping….
We wanted to thank ARUN for giving us the best memories.  it was only few of us who went for the night however it was good. We blindly followed Arun.. Yes he proved to be a good leader. It was almost a 4 hours of night walk.. Night was dark and quite.. The only light was moon. it was 12:30, we were lying on the rock watching moon start and thunder from far away (woooww that was awesome)…. None of us wanted to return back to the camping site but unfortunately we have to return back. It was 2:30 am we reached the camping site.
SEP 27, 2015
We all got ready and start by 8:00 from camping site for a small trek. With lots of obstacles we finally reached the destination that was a temple.
Trekking….
​ 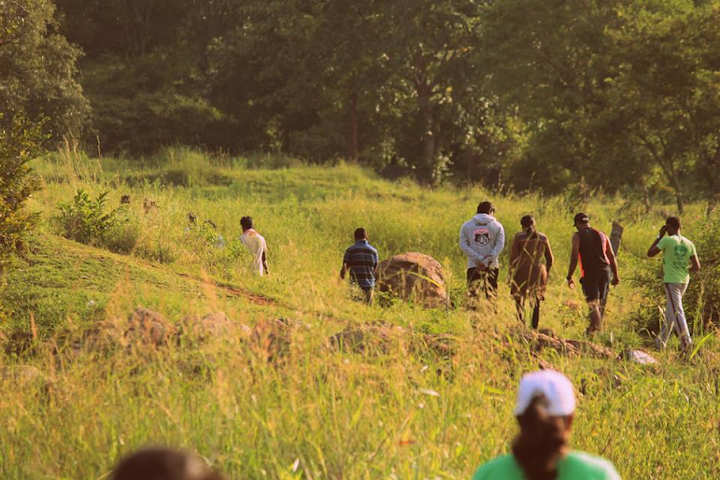 Later we reached camping site back.. that is not end of the fun.. Yes… we started playing card (thanks to Ramesh for getting the card) and cricket… 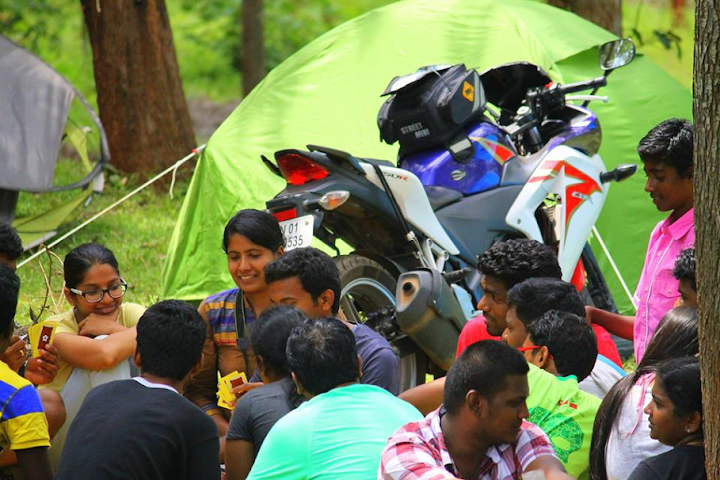 Taking with us the loads of memories we left the camp (off course with a group photo). On the way back we need to stop for a tea and there it was again official intro session (pulling each other.. Yes that was fun). And also i need to mention that was a awesome tea :).. And with all Ruthra and Naga successfully completed their accounts settlement (we know how difficult it was). 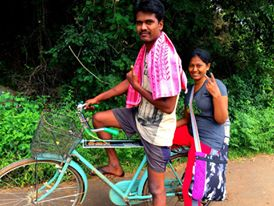 Later we need to stop for our lunch in Kaja…. however for few of us it was puratasi :(. And I need to mention that it was a awesome proper biriyani.. (it smells Yummmy 🙁 unfortunately i did not had that biriyani). With tummy full we started from Kaja and reached chennaiiiii taking with us lots of memories and lots of friends…… 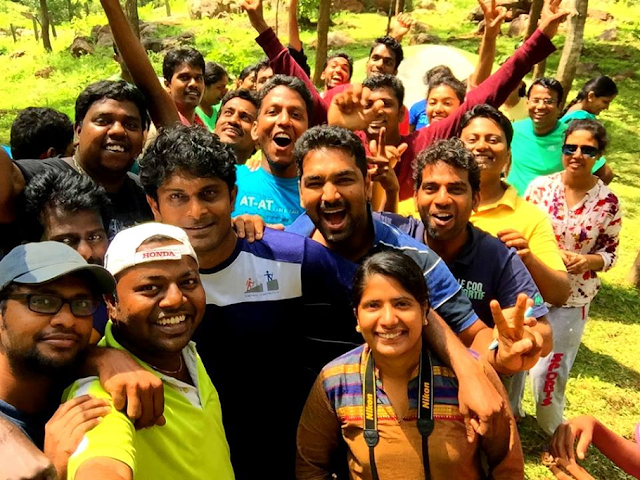