Skip to content
November 9, 2012 Peter Van Geit Leave a comment
Sunday morning as the sun was rising over the East 22 members were stretching and warming up near the Nagala East dam to attempt the first ever half iron distance triathlon. They were carefully short listed out a group of 70 registrations and all had cleared the Olympic distance triathlon entry criteria. It would take them 7-10 hours to complete this endurance of 1.9 km swimming, 90 km cycling and half marathon (21.5 km) running in a non-stop sequence. 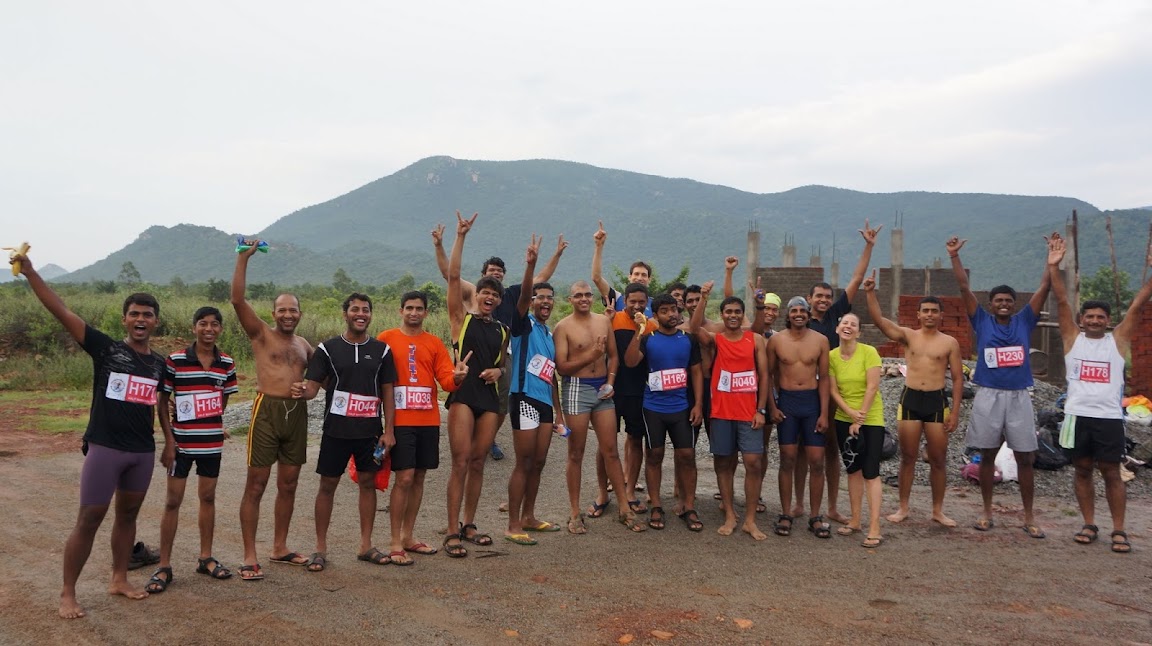 At 7:06am we flagged of the start and our triathletes started swimming across the length of the dam which was brimming with fresh water due to recent rains. They had to complete 6 laps of 340m each to complete the first section of the triathlon. Very soon the initial group was spreading out across the vast water expanse with good swimmers mastering free style increasing the gap leaving the less competent swimmers behind. The first swimmer completed the water track in just 41 minutes at an average speed of 2.8 km/h. The final participant would follow at 1 hour 59 minutes at 1 km/h. A few people were unable to complete the swim. 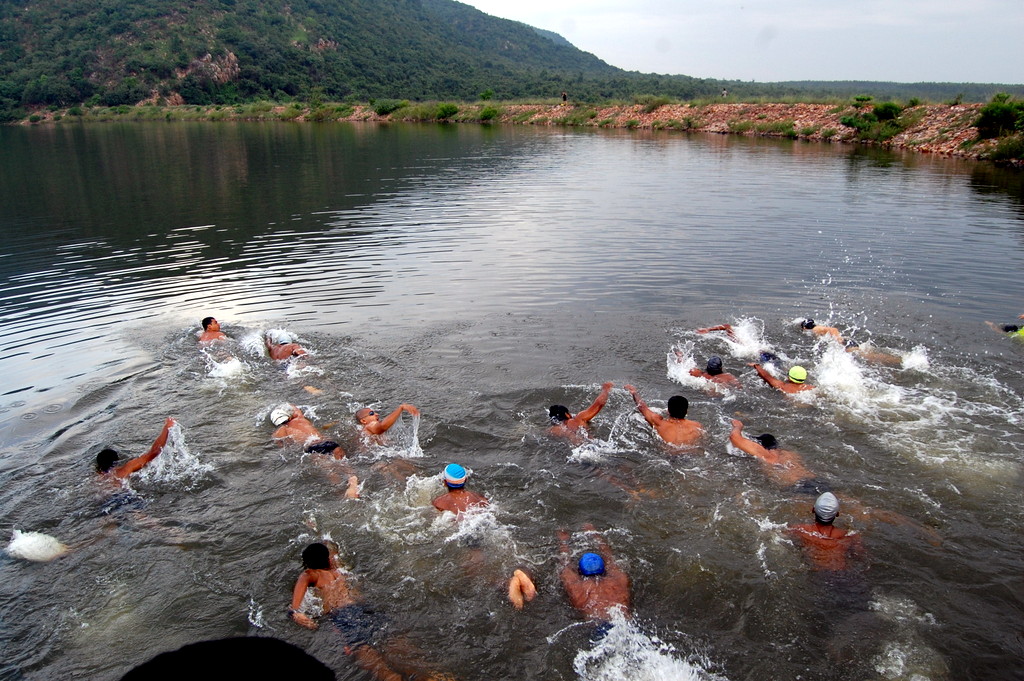 From the dam the participants ran to the temple where they quickly changed into their cycling outfits and jumped onto their MTB or hybrid wheels to complete two rounds around the scenic Palem forest on small winding tar road amid endless bright green rice paddy fields reaching out to the base of the Nagalapuram range. The total distance came to around 100K, 10% above the official half iron distance. The fastest triathlete clocked in at 3 hours 49 min with an average speed of 262 km/h. The cycling gods appeared favorable with only 2 punctured over the combined rubber distance of 2200 km on broken tar. 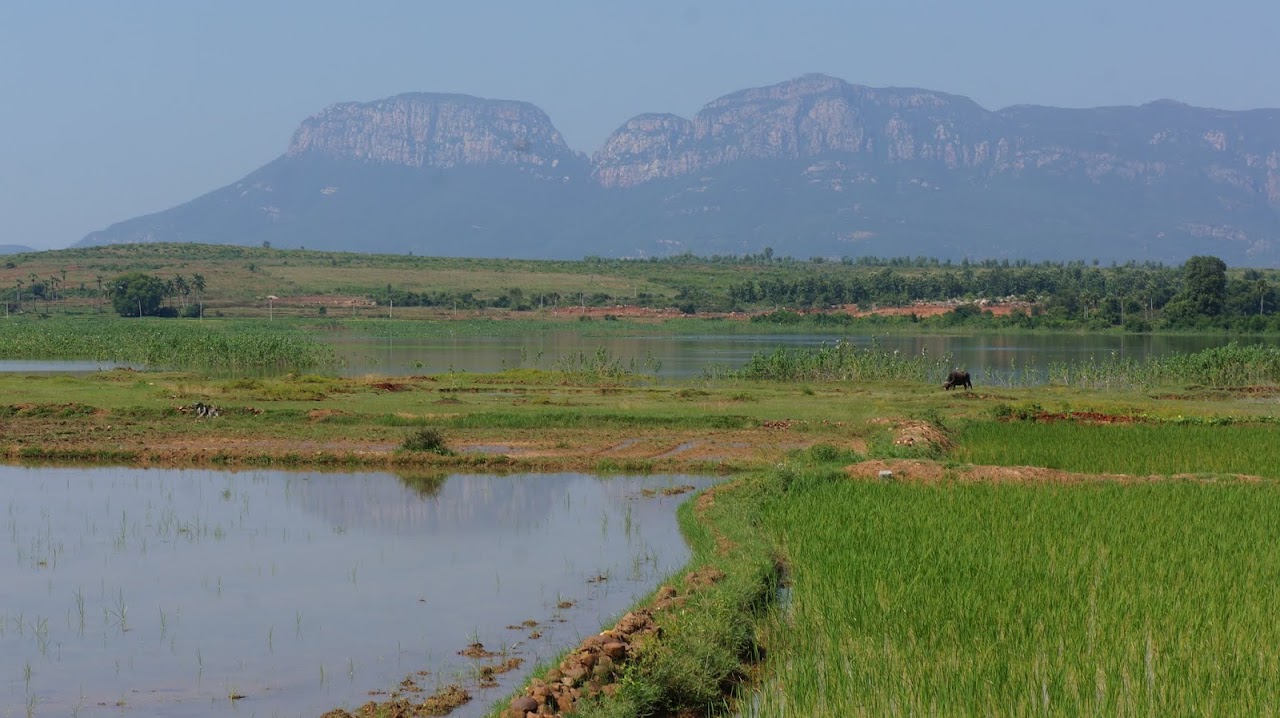 As the sun was rising so was its impact felt and again a few participants dropped due to exhaustion. We had set up two hydration point at 20 K intervals to keep the triathletes hydrated with water, glucose, oranges, bananas and snacks. SriCity – our regular sponsor – had provided an ambulance on stand by. Our volunteers prepared fresh veg sandwiches to keep the participants wheeling. The cycling track further spread out the group with the last cyclist clocking in at 5 hours 35 min at 17.9 km/h. 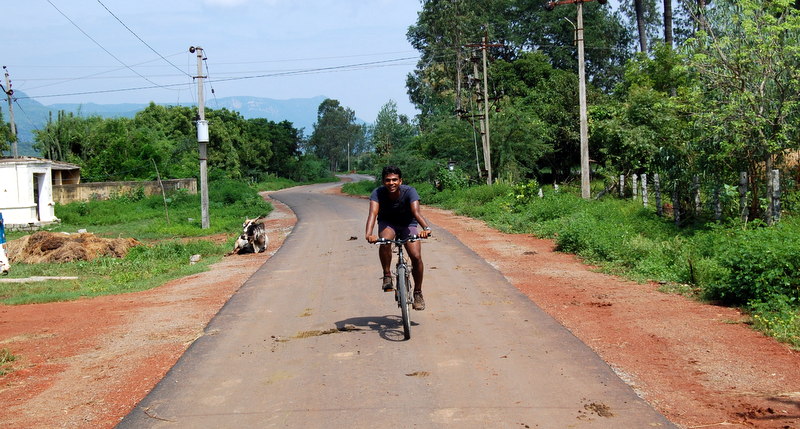 From the cycling track it went back to TP Kottai for the last stretch – a 21.5 K run in shady eucalyptus plantations near the base of the hills. The triathletes had to run 8 laps of 2.7 K each with one refreshment/check point. The rectangular running track was going along sand trail sprinkled with small boulders at some places. The initial merciless mid day sun was later in the day neutralized by a cloud cover offering a welcome relieve for our participants. Cut off time for the half iron distance was 10.5 hours with the first triathlete crossing the finishing line at a respectable 6 hours 57 min. The 13th and final half iron triathlete would appear 3.5 hours later at 10 hours 39 min. 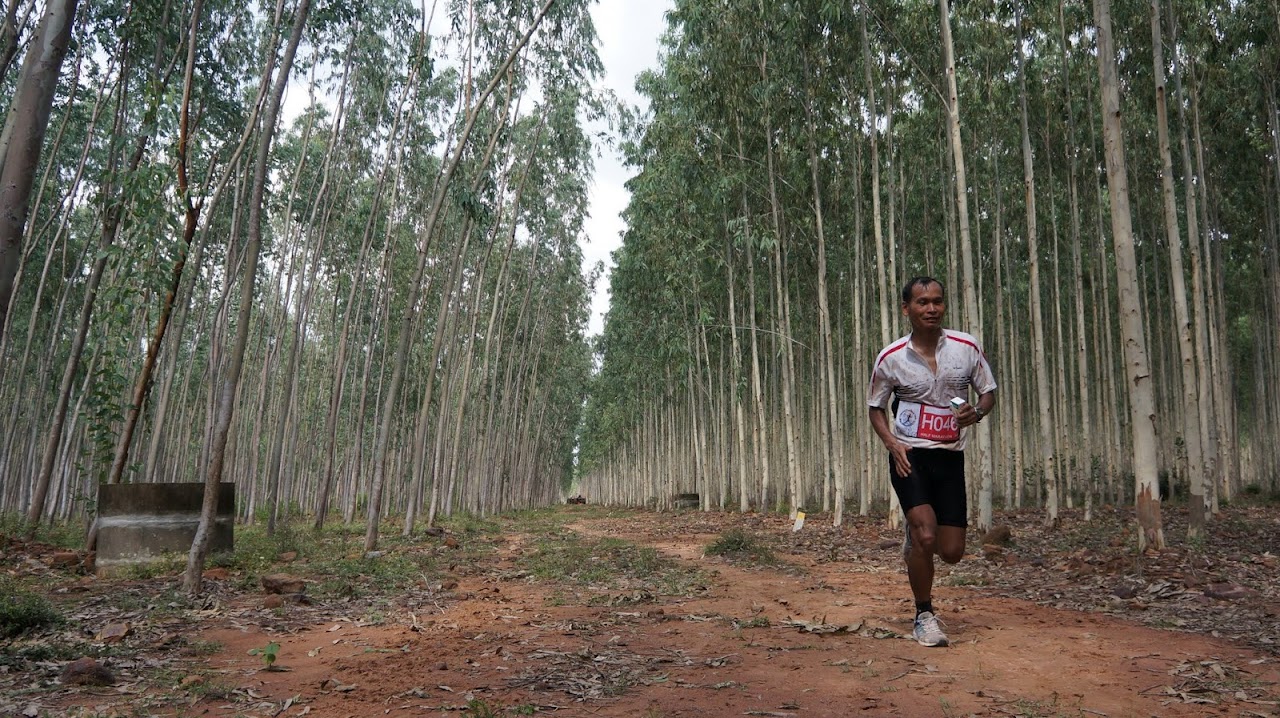 9 of the 22 participants had to drop out during either swim, cycle or running track. No doubt they would make it next time after continuing their training.

First position was grabbed by Dominik, native of Switzerland and 9 year resident of Auroville. 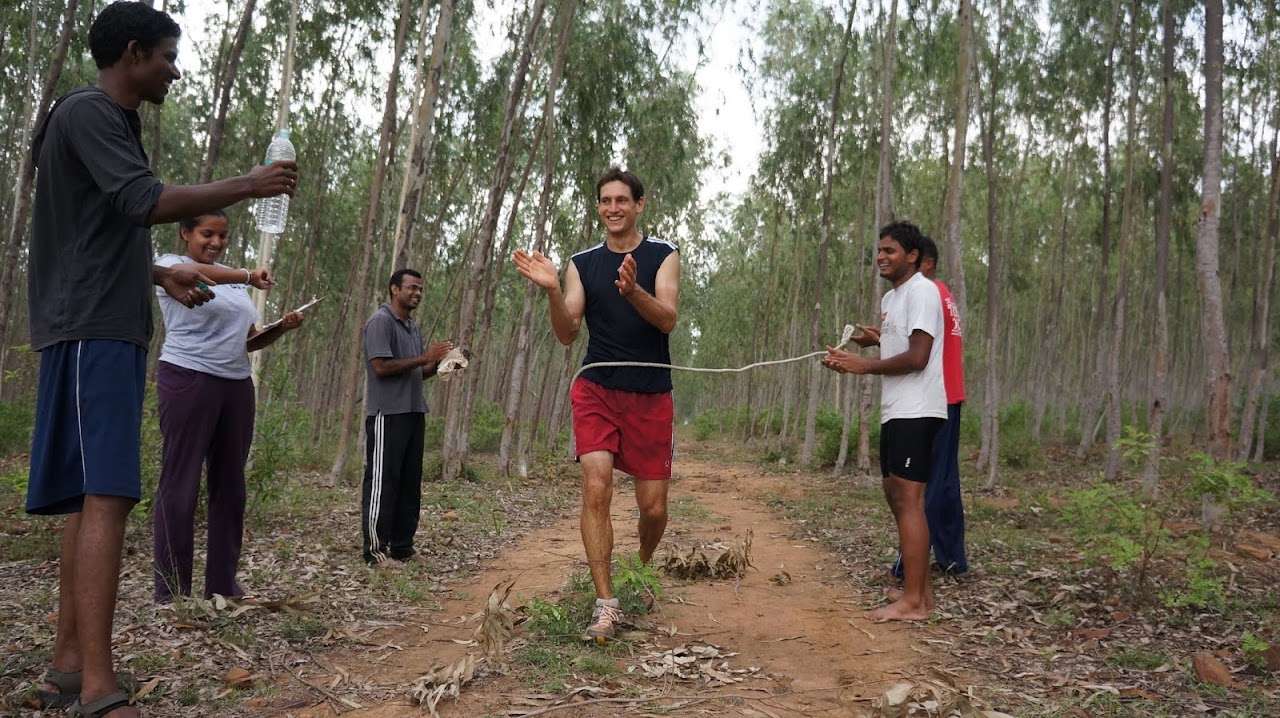 Ing-Marie – our one and only female contestant – came in respectable fourth. Ing-Marie is the organizer of the yearly Auroville triathlon. 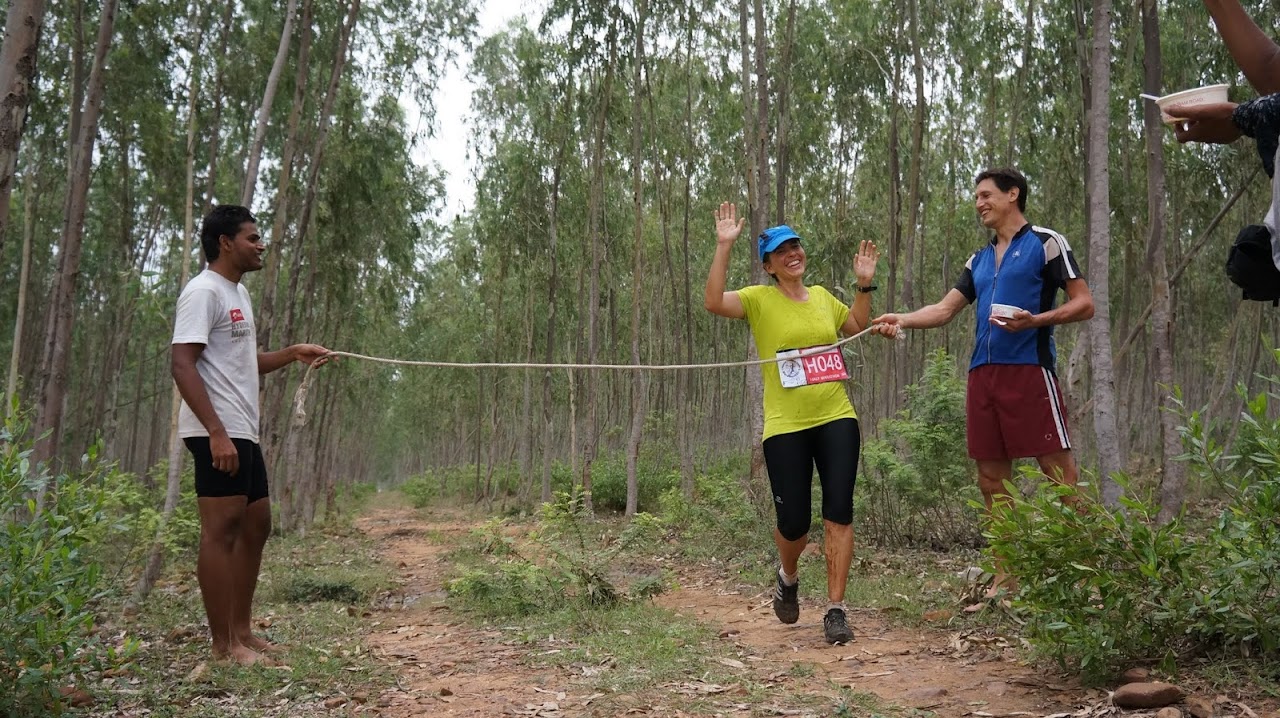 A big thanks to SriCity for providing an ambulance, sponsoring refreshments, snacks and lunch for  the participants and volunteers. 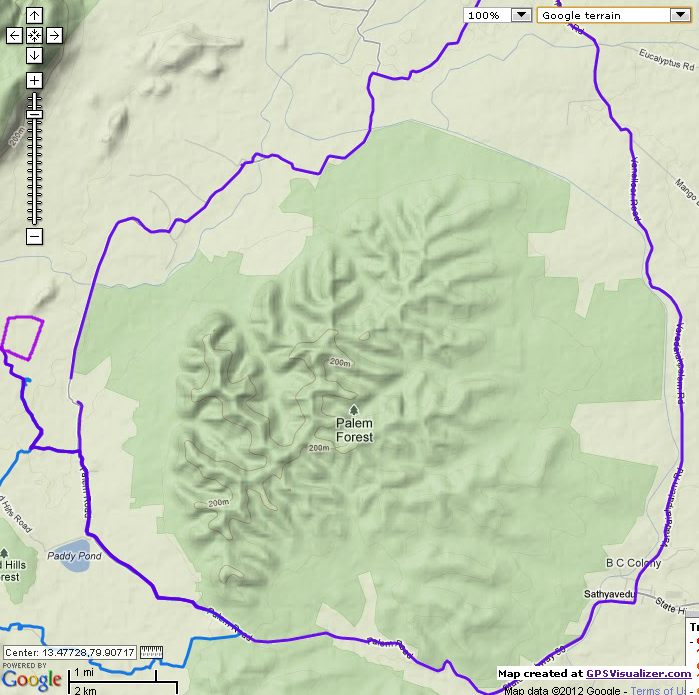 Min/avg/max timings for each of the three sections: 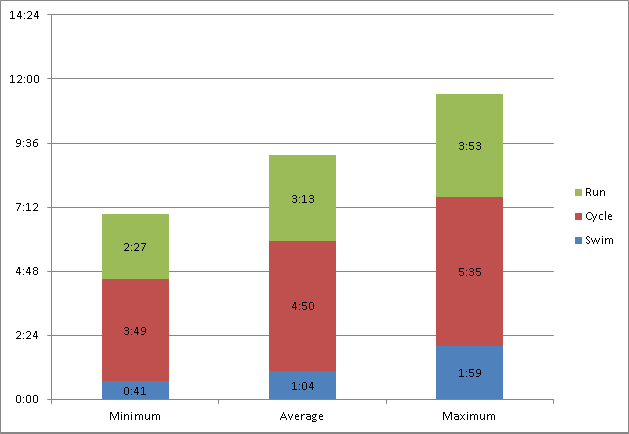 Min/avg/max speed for the three sections 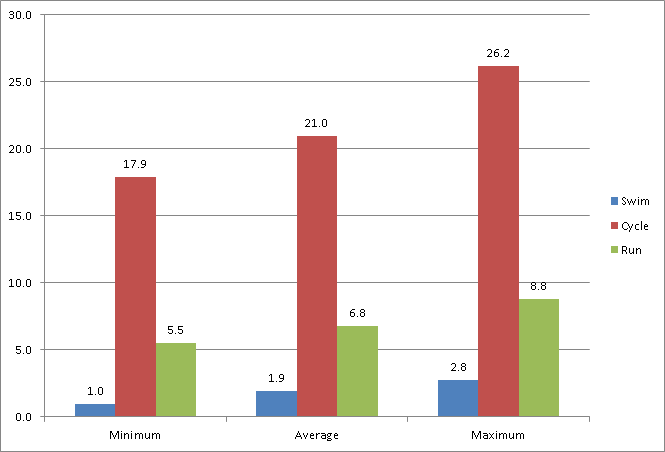 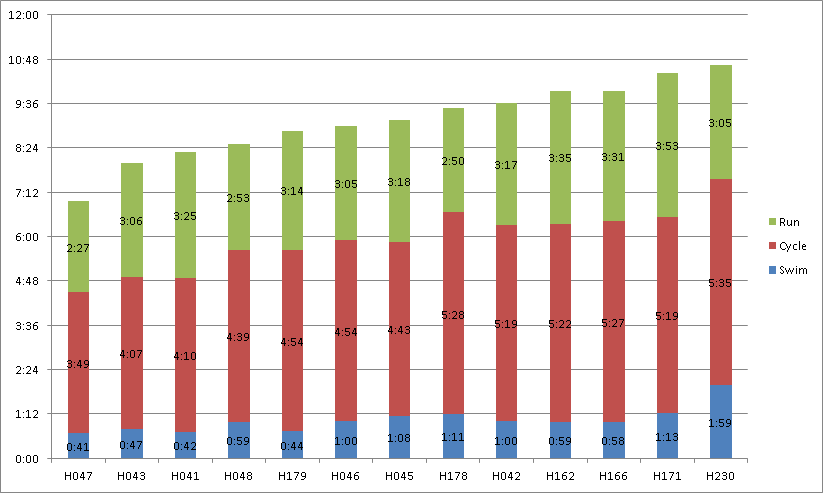 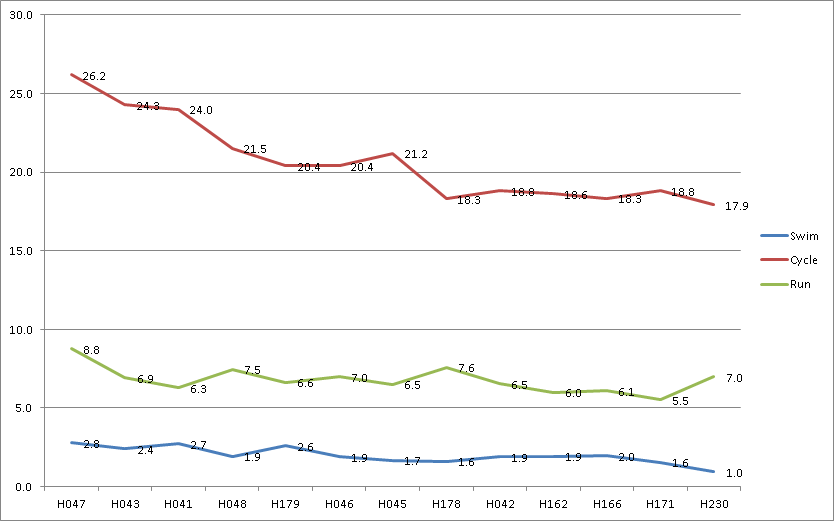