Skip to content
April 3, 2012 Peter Van Geit Leave a comment
My first “Real” Trek
Hiiii! I am Arunima. First and foremost a big thanks to CTC for the really really great time that I had with you all after a 4 month vigorous study period.
Since this is my first BIG OVERNIGHT trek the excitement of going to a trek started on Thursday night itself at  home. I was accompanying my mom Geetha in the trek as my board exams got over recently. The usual questions like whether to pack this dress or that one or which dress will comfortable was discussed, because of  which we unpacked and repacked the bag several times to carry minimum weight. Had a great sleep on Thursday with dreams of splashing around in the pools and the breathtaking landscapes. 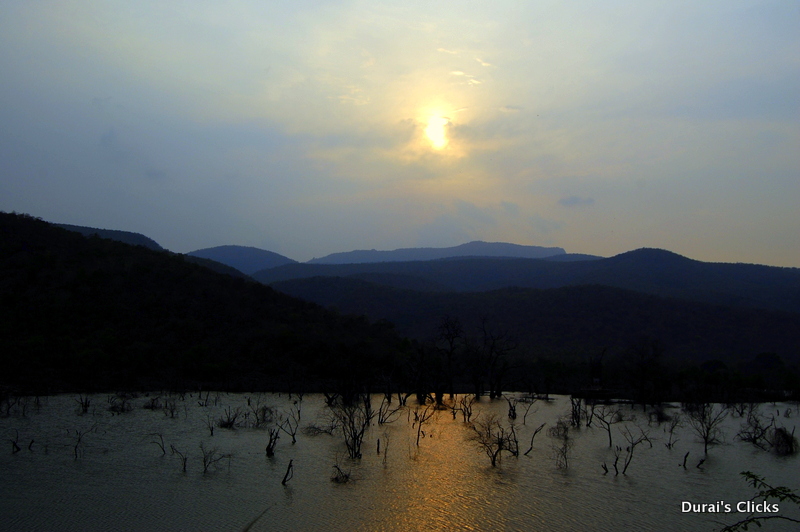 Friday dragged on  helping mom to collect the common food materials allotted to her, and the long hours of waiting were finally over when we started our journey at 6PM from Nathan’s Café, Koyambedu in Peter Uncles Car with Ajay and Saba Uncle. Nathan has become the landmark for CTC,,, We are marketing him too much J ..
We picked up Thilak from Kolathur where Saba uncle and mom got down to buy stuff for our dinner. Yippeeeee, We and started for Nagala East …nagala here we come. After a small tea break , we reached the place at 8PM and started our hike from Tipikota after collecting our Dinner there. 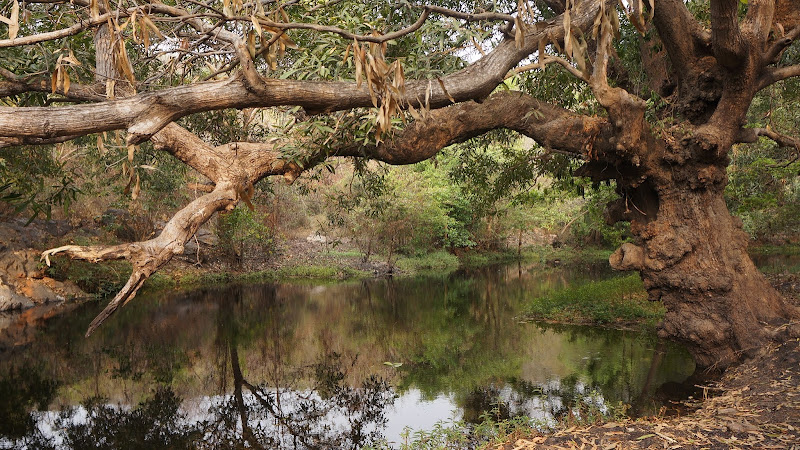 The moon and the stars showing us the way and discussions of what was in store for dinner and whether Nagala had wildlife was predominant. We walked for some time in the calm, peaceful but dark forest with a half moon to guide us. We camped near the Mango Pool. Peter uncle, Thilak and Ajay collected the firewood and  immediately started a fire and water was filled for some hot soup. Mats were laid and mom started cutting fruits for fruit cream. The guys went in for a dip while me and mom did not get jump into the water but just refreshed ourselves. After a wash we had a great feast soup, Chappati with tomato thokku and rajma followed by rasagulla and fruitcream. Wow what a dinner in the jungle. Eating in the open with a campfire and under the sky was such an amazing experience. It was more than 11:30 I think when we  opened our sleeping bags for  good nights sleep by the warmth from the Campfire.
AND I THOUGHT DAY 1 WAS OVER
Somewhere in the peaceful sleep mode of my brain I heard the next team joining us and mom telling them that some rasagullas and chapatthis with rajma await them and then again I went back to my sleep mode,
BEGINNING OF DAY 2
I woke up to an otherwise lazy Saturday morning, all charged up after a good sleep under the stars. . After some kaaaappppiiiii ( as it was so watery and some rusk I  clicked a few photographs and we were ready to continue.We started our trek to the first pool. From 6 now we were maybe 12 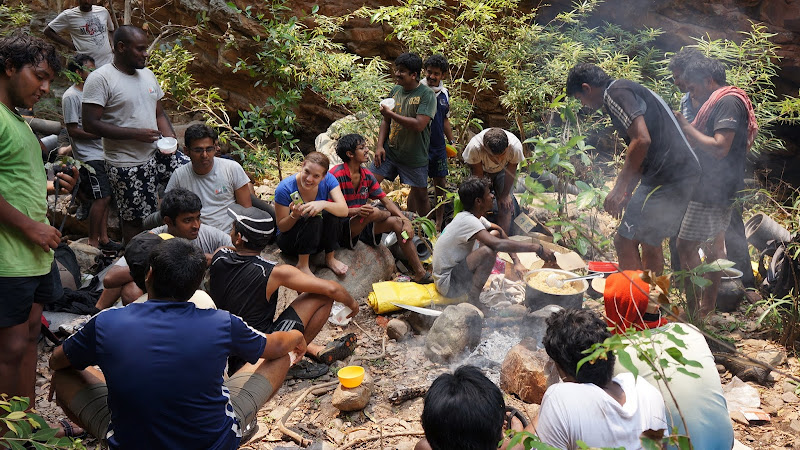 On our way we were joined by Emma, Laura and others, so we had 2 more ladies on the trek.. The hike was really an awesome experience with a landscape which looked like those pictures taken from the Internet. I was all excited and I saw how the sweeper was motivating mom and how helpful everyone was. I suppose that is what happens when we have like minded people together. Mom was the eldest and Thilak and Vijay and Ajay and Shankar and Vikram. All were so motivating so full of fun and life and all were foodies. We were laughing, scared, irritated, skidding, falling everything at the same time. I think I would have broken all records of falling and skidding I lost count after my 25th fall.
The view as breathtaking all the way to the First pool. We reached the first pool
The water was cold but that water fall was worth the efforts taken. I thought that the photos taken under the water fall were pictures which had to be taken for our profile pictures under the water fall but little did I know that there will be so many other places where I would take so many  pictures. I mean if the trailer was so amazing , I wanted to experience the full picture ( I have bought the copyrights from Om Shanti Om 😛 J)I walked slowly only to enjoy and capture each view. I did not want to drain my energy to go to the Dead end pool (Justifying myself hehehehe) I was wonderstruck at the way Nature displayed its beauty what with the gigantic rocks and the various formations which would have taken thousands of years. It is always a pleasure to see Nature in its Raw form. When we reached the Deadend pool we were the last. Emma came slowly and said that the bees have been disturbed due to the fire lit for cooking so pls wet yourself and before we could react the bees had attacked Thilak followed by Saba who was bee stung and I saw them jumping into the water and mom covering me with her stole and both of us also getting into water. With no breakfast and despite the Bee sting I was amazed to see the CTCians get up and motivate the others to continue. 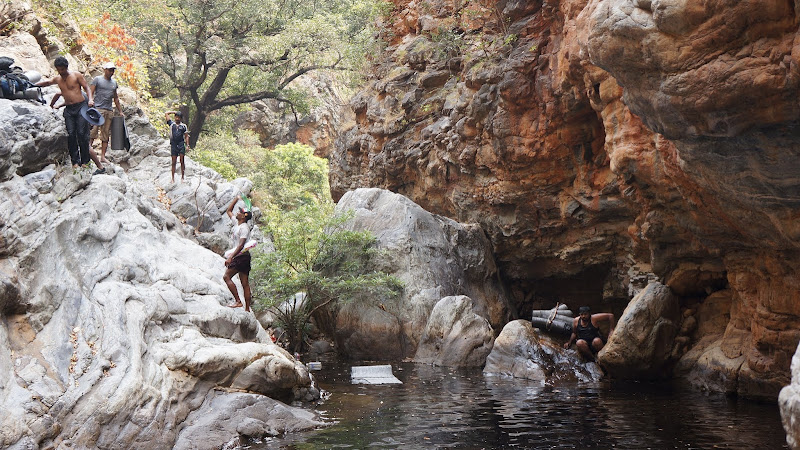 Suddenly we saw tamaring and lemon rice coming our ways followed by some fruits. Wow the sight was amazing. I ate my fill of rice and we rested for sometime so that the bees has also settled down. Chicken and biryani was cooked in huge vessels over fire made from the wood collected. We ate that as well. Food was amazing to us hungry souls and it was fun looking at people attack food. Guys have a different way of having fun.
My god when they showed me those big boulder which we were supposed to be crossing to go to the other side I was shocked. How are we going to do it. Emma and laura were amazing. Emma ferried the bags to the other side, while Laura asked me and mom to follow her and took us to the other side. People literally picked us cross that huge boulder and god I was scared for myself and mom, but somehow knew were in safe  hands as these guys have done this earlier and everyone knew mom was from the Dinosaurs age and I was like peter uncle said Kuttibaba and not papa. Yeaaaaaaaaaah we did cross over and waiter for the others to ferry everyone and our luggage. Boys were now carrying moms bag and saba uncles bag as he was not feeling well at all. 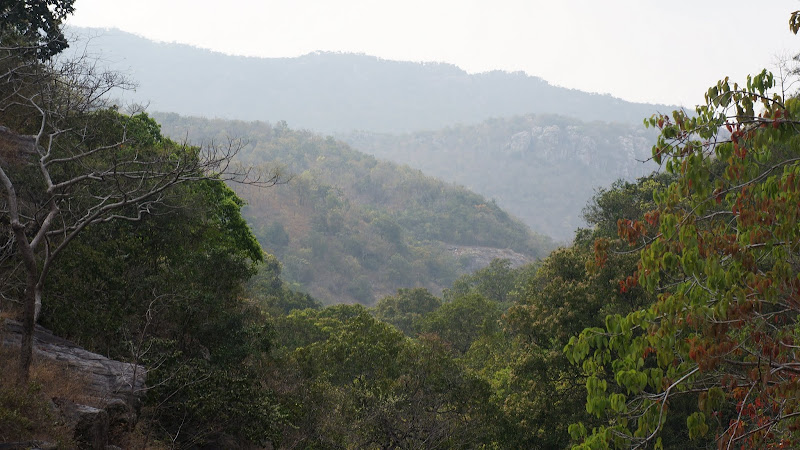 I was helped at each step in the climb to the Picnic Pool. I mean those who were walking along with me knew where I would need help and this was not only with me but with my mom as well. . The climb uphill and downhill near the gorge was the one stretch which was a little difficult for me but I am sure I will be able to do that single handedly and probably help others in the near future. The sight of bundle of sunrays hitting the edges of the  green leaves was a shot worth capturing and once this green stretch ends there is an awesome stretch of rocks like the next scene of a movie which was just unbelievable.
We reached the Picnic Pool in the evening and the swim to the waterfalls was worth the every bit of effort taken even though I had cramps.
Only after reaching  the Picnic pool everyone told us that Saba had vommitted so Thilak was staying back with him. Till then they were telling us that they are behind us walking slowly. Then Sujai stayed back with Saba and thilak joined us later in the evening . The organizers introduced themselves and some heavy discussion started. And I don’t know when I dozed off . just to wake myself up for some  simple dinner to fall back to sleep.
DAY 2 OVER 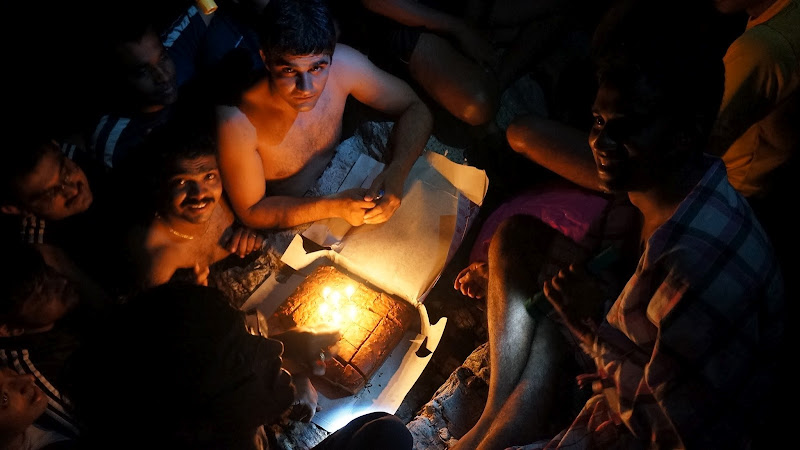 And again in between heard people wishing someone happy Bday. But was too lazy to get back and join and then mom asking some if they had an extra sleeping bag  I kept getting up in the middle of the night to see the transformation from night to day which was nothing short of bliss.
DAY 3 STARTED
I got up the next day with a heavy heart because the time had come to trek back home. Before going I really wanted to dive into the cool Nagala waters. At first  I was really scared but thanks to Peter Uncle and Jayanthan this was possible and though I was scared while I jumped the fear just vanished and I was so happy when I came up. Then Guru uncle jumped followed by mom. And we had everyone helping the non swimmers but who want to DO IT. 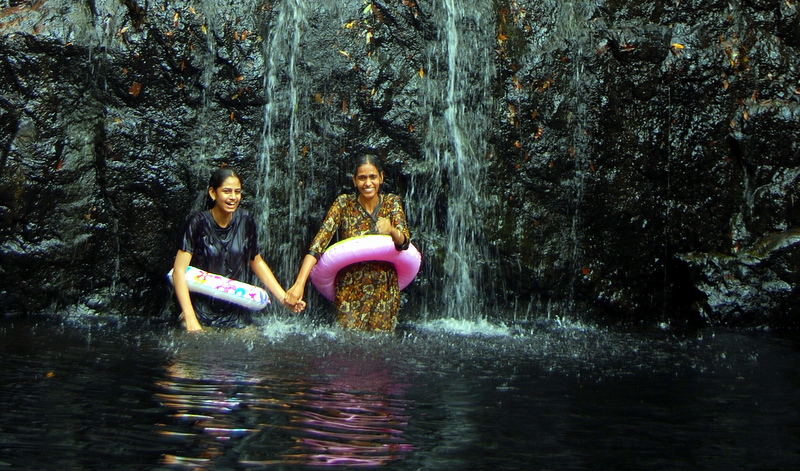 After a yummy  breakfast of some ragi kanji and onions and pickle, a few of us Guru, Thilak, Vijay , Vikram, Rajanna Uncle and mom started , carryings breakfast for Sujai and Saba Uncle. Now all of us  along with Sujai and Saba Uncle started our trek to come back to the world of traffic jams and mobile phones ,only to come back to Nagala to get lost in the wild again. I cannot describe the momentary jokes on which I could now laugh till the next trek because where else would one find crazy and fun loving people except in CTC. Vijay, thilak, Guru, Vikram so caring that mom did not trip even ones in the entire trip. And they made me do the whoel trek without taking any support.
We reached Dead End Pool quicker than the time we had taken yesterday and reached  the first pool exhausted  but with a glow on all our faces. We reached the dam in the evening at around 3:30 PM and that is when I realized that the time to part had come.
We had a great lunch at Subbarao Uncles home in the tiny hamlet of Tipikota. All the groups came back in the evening and lots of goodbyes, email ID’s or rather Facebook ID’s were exchanged and the usual See you soons followed after a sumptuous Dinner at the usual Dhaba. 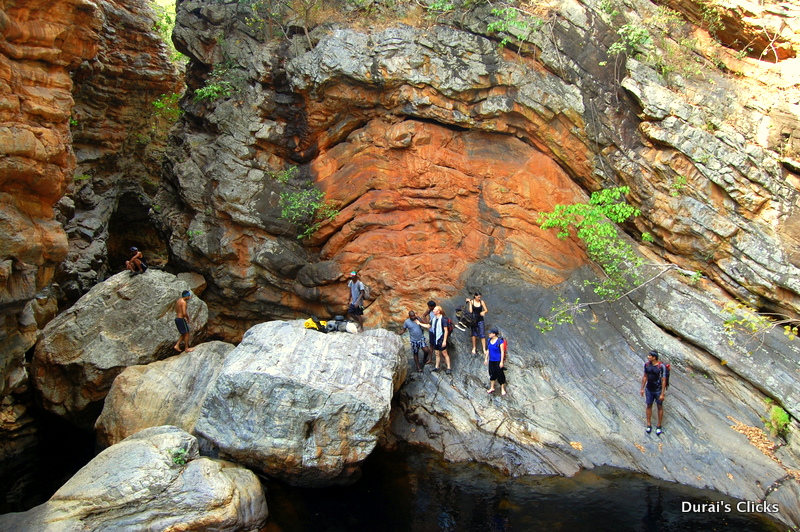